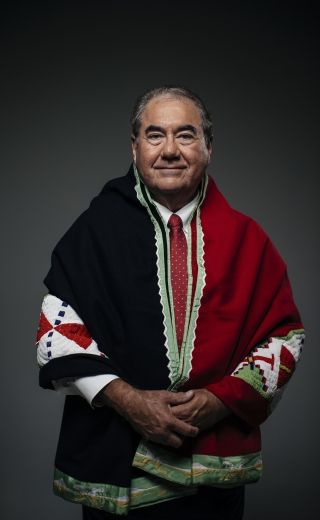 Now in his second term as Osage Nation Principal Chief, he continues the work of protecting and enhancing the Osage culture, language, and lands.

Before his election, Chief Standing Bear practiced law for 34 years. He concentrated on federal Indian law receiving national recognition by Best Lawyers in America, Oklahoma Super Lawyers, and a listing with Chambers and Partners. He served as Assistant Principal Chief of the Osage Tribe from 1990 through 1994 and was a Member of the Osage Nation Congress from 2010 to 2014. While a practicing lawyer he was involved in the first Indian gaming cases in Oklahoma, representing the Muscogee Creek Nation, Seneca-Cayuga Tribe, and several other tribes. He also was General Counsel to the Oklahoma Indian Gaming Association.

In 2017, Chief Standing Bear was recognized by Oklahoma Magazine as an Oklahoman of the Year for his leadership of the Osage Nation. He is a graduate of the University of Oklahoma and received his Juris Doctor Degree from the University of Tulsa.

He sees the Osage Nation expanding its land base, maintaining its vibrant traditions, and bringing back the Osage language to daily use. His belief is that this and much more can be done though the power of the Osage child and it is therefore the duty of all his people to protect and nurture the children of the Nation.