Paintings from the Osage Nation Museum 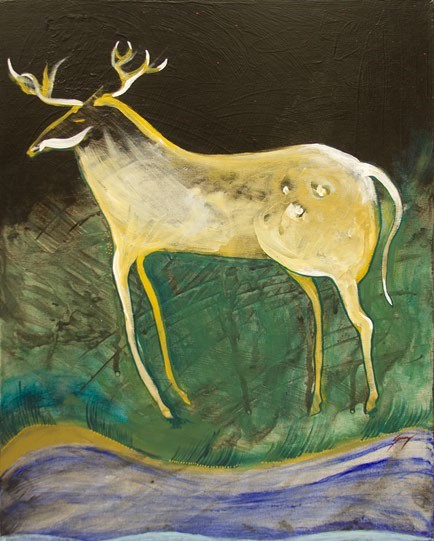 Pawhuska, Ok. – The Osage Nation is pleased to announce the new exhibit Paintings from the Osage Nation Museum. The opening will be held on Friday, June 21, 2019, from 5 to 7p.m. The selection of paintings highlights the diversity of styles and artists represented in the museum’s permanent collection. Since 1938 the Nation’s museum has stood at the heart of Osage artistic and cultural practice. In the creative space defined by the boundaries of the three districts of Gray Horse, Hominy and Pawhuska, an Osage painting tradition developed during the early to mid-20th Century that continues today. Paintings from the Osage Nation Museum feature some of the finest pieces from the early collection of Russell Wagoshe (1910-1974) to the vibrant abstractions of Yatika Fields (b. 1980). These painters who have the passion, talent, and commitment to capture the strength and beauty of the culture can be understood as visual storytellers of the people.

The exhibit considers the Osage painting tradition within the categories of Osage Life, Visions of Leadership and Expressive Dimensions of Culture. Osage Life features genre scenes from artists including Russell Wagoshe, Loren Pahsetopah, and Archie Mason. Visions of Leadership draws upon the rich collection of paintings of chiefs and other prominent Osages by artists such as Frank Brave, Jim Red Corn, and Joe Don Brave. Also included in this section is a selection of paintings by the Chicago-based artist Todros Geller. Geller’s paintings of Osage leaders were commissioned in 1936 by Osage author and museum founder John Joseph Mathews. Mathews secured a grant from the Federal Public Works of Art Project as part of the Museum’s opening in 1938. Finally, Expressive Dimensions of Culture presents a group of contemporary works by artists Gina Gray, Dante Biss-Grayson and Yatika Fields. Paintings from the Osage Nation Museum considers the painting medium as an effective tool to explore the artist’s perspective on Osage life whether it is honoring leaders, sharing aspects of traditional life or an exploration of an individual’s relationship to Osage culture. 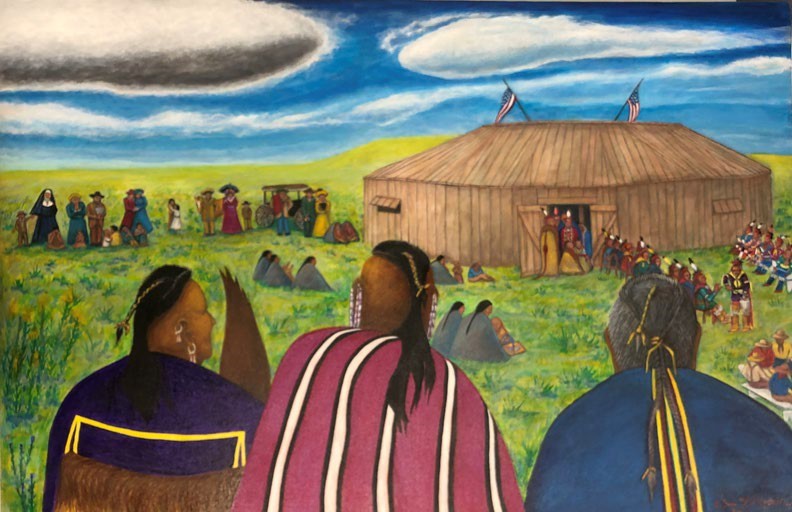 Most of the exhibited artists have cherished memories of spending time in the museum, studying the displays, visiting with family, and perhaps envisioning the next project they would undertake. Given this history, it is especially fitting that an exhibit which celebrates Osage painting is to be installed in the familiar communal setting of the museum. Other featured artists include Carl Woodring, E. Sean StandingBear, and Roxanne Red Corn. The exhibit will be on view through October 5, 2019.
Todros Gellar paintings on long-term loan, courtesy of the Fine Arts Collection, U.S General Services Administration WPA, Federal Art Project, 1935-1943.

About the Osage Nation Museum

The premier destination to experience Osage history, art, and culture.

Visit the Osage Nation Museum (ONM) in historic Pawhuska, Oklahoma. Our rotating exhibits convey the story of the Osage people throughout history and celebrate the culture today. Highlights include an extensive photograph collection, historical artifacts as well as traditional and contemporary art. Founded in 1938, the ONM is the oldest tribally-owned museum in the United States. Admission and parking are free.