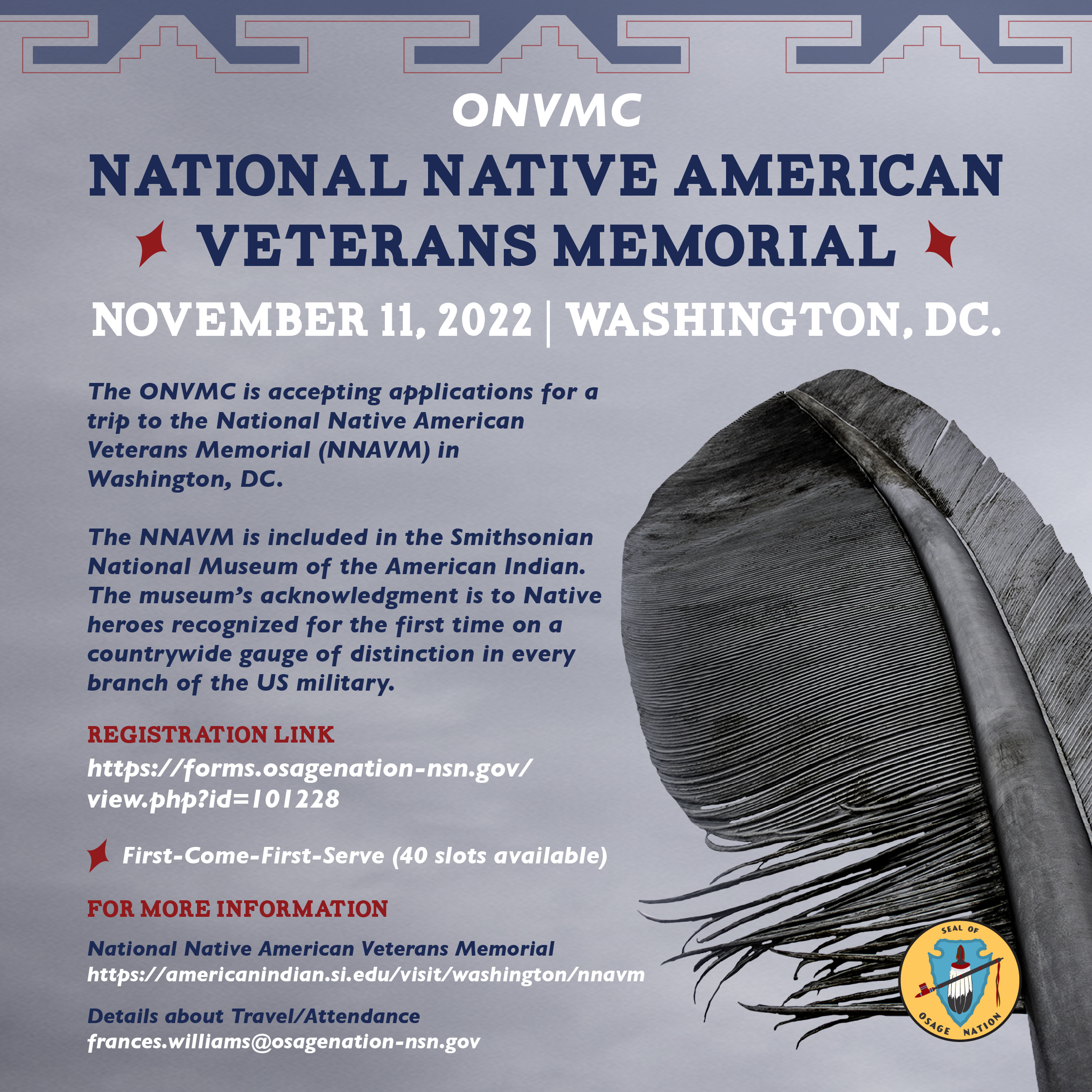 The NNAVM is included in the Smithsonian National Museum of the American Indian.  The museum’s acknowledgment is to Native heroes recognized for the first time on a countrywide gauge of distinction in every branch of the US military. The procession will honor American Indian, Alaska Native, and Native Hawaiian veterans and their families. The ONVMC is accepting 20 Osage veterans plus one guest for travel to the event on a first-come-first-serve basis.  Registration is open through Tuesday, September 13, 2022. If you are interested in attending this trip, apply at https://forms.osagenation-nsn.gov/view.php?id=101228