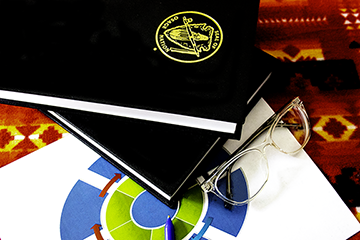 OSAGE RESERVATION, OKLA. (Wednesday, June 30, 2021) – Osage Nation is actively applying for various American Rescue Plan Act (ARPA) supplemental funding. To date, Osage Nation has received over $12 million in supplemental ARPA funds to be used by departments to support existing programs and projects throughout Osage Nation. These funds are separate from the ARPA general fund, and require on-going review and application by the Osage Nation Office of Grant’s Management.

“We are continually applying for ARPA grant funding as opportunities come down from the federal governmental granting agencies,” said Christa Fulkerson, director of Osage Nation’s Office of Grants Management. “It’s an on-going process that our office and other departments are working diligently on to receive supplemental support to benefit Osage Nation.”

So far, Osage Nation’s Office of Grant’s Management has received almost $8 million in ARPA supplemental federal grant funding with additional funding expected in the future. These funds were received to enhance services provided by the Osage Nation in the following areas:  Osage Nation’s Strategic Planning and Self-Governance received notification from the Department of the Interior, Bureau of Indian Affairs, of an allocation of $4,431,258 from ARPA under the Self-Governance funding agreement. These funds are provided under the Aid to Tribal Government line item to support Tribal Government Self-Governance programs; such as, public safety and justice, social services and child welfare assistance. Strategic Planning and Self-Governance is awaiting the ARPA final rule, expected mid-July, for more specific information on eligible uses of the funds.
“We are happy to receive this distribution from the Department of Interior in order to provide more support to those departments that have experienced an increased demand on their services from their constituents during and post COVID,” said Candy Thomas, director of Osage Nation’s Strategic Planning and Self-Governance.

All federal/non-tribal funds are required by law to be appropriated by Osage Nation Congress before expenditure.