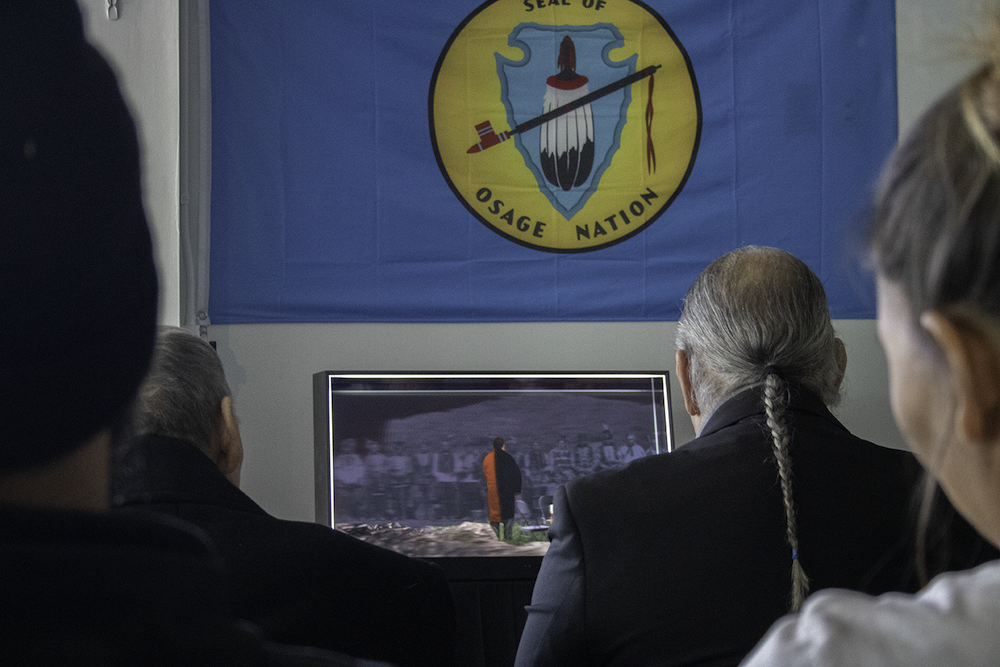 During the Osage Nation Visitor’s Center fourth birthday festivities on November 16, 2022, the Language and Cultural Departments launched the Wahzhazhe Hologram Project. The project aims to safely expand and preserve the Wahzhazhe language through a series of holographic displays presented through viewing boxes. The project originated out of CARES Act funds focused on safely preserving the Osage language and culture using technological advances with a focus on accessibility. The displays feature Secretary of Language, Culture and Education Vann Bighorse, Dr. Steve Pratt and former Osage Nation Chief Johnny Red Eagle who traveled to Avatar Dimension in Washington D.C., one of two Microsoft-licensed mixed-reality capture studios in the United States, where their likenesses were captured in a volumetric 3-d motion for preservation and display.

“It was a really good experience that I got to do together with my brothers John and Vann,” said Dr. Steve Pratt. “That’s what our relatives used to do. They used to go to (Washington) D.C. a lot to represent us and that’s how we felt. We felt that we were going and doing something for our people and that this could last forever. It was good to be there together.”

Former Chief Red Eagle encouraged young Osages to dedicate time to learning the language: “You need to start looking at it and hearing those words. Go down and learn from my brother Vann about how that cadence goes because you don’t learn it all overnight. The language is difficult and totally different from English. There’s no future, there’s no past, you just talk. That’s how you do it.”

The public is invited to view the Wahzhazhe Hologram Project located at the Osage Nation Visitor’s Center at 602 E. Main St. in Pawhuska, Ok. Hours of operation are 8:30 a.m. - 5:00 p.m., Monday thru Friday, and 10 a.m. to 4 p.m. on Saturday. Additional viewing box locations will be announced soon.

“I hope in the future generations that they’ll pick it up and learn how to speak it,” said former Chief Red Eagle regarding the ultimate goal of the project. “I am thankful to the tribe and the Visitor’s Center - they’re about to feed us here with some 𐓏𐒰𐓁𐓂͘𐒴𐒷 (food).”

The Osage Nation Language Department’s vision is to teach our people to speak Osage within the realm of our unique ways and in daily conversation. For more information about resources and educational opportunities, please visit osageculture.com.