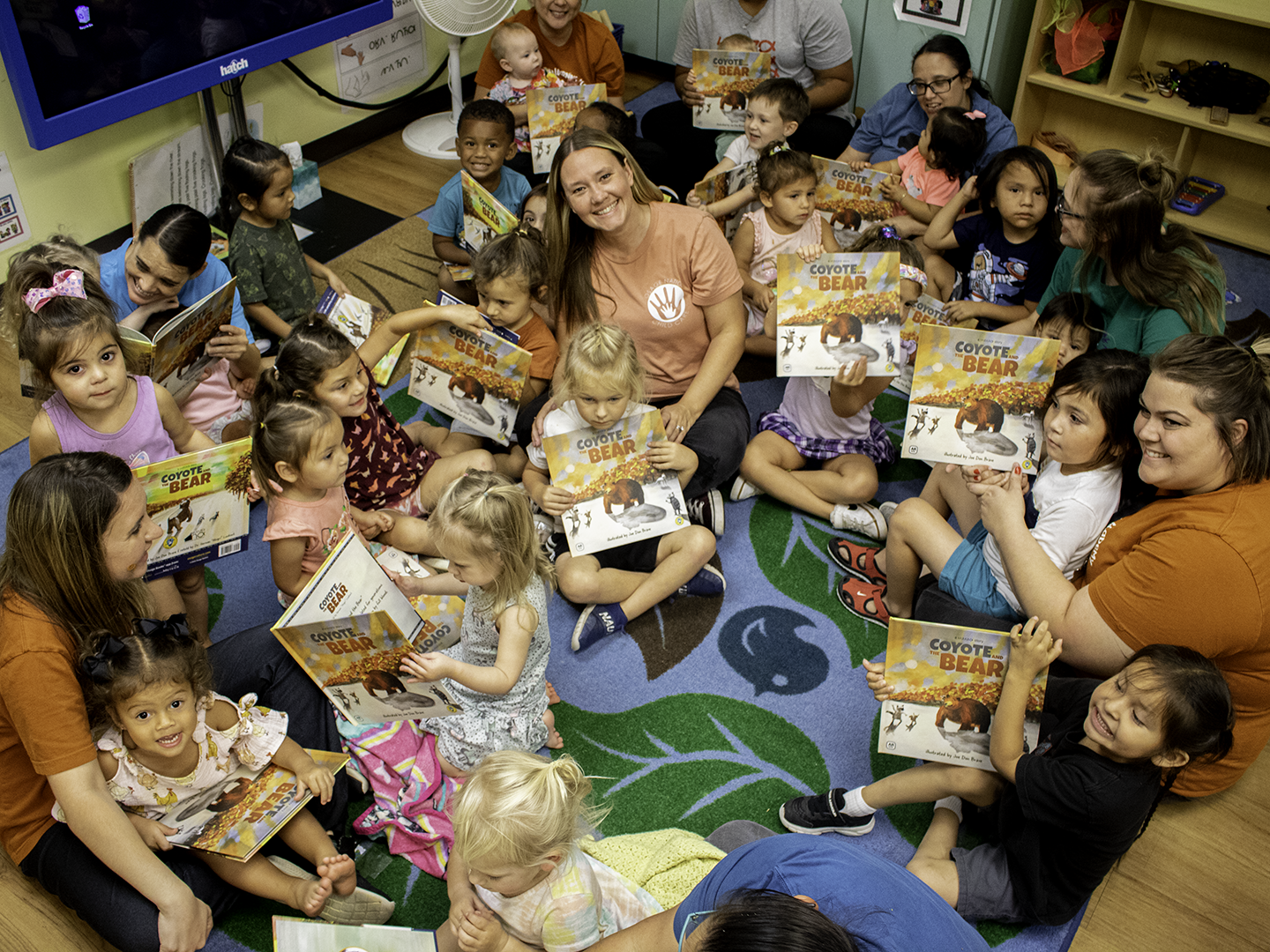 The Osage Nation Language Department (ONLD) releases “Coyote and the Bear,” a children’s storybook that is written in Osage orthography with English translation availability. The traditional Wahzhazhe story has been circulated for generations and retold by Master Language teacher Dr. Herman “Mogri” Lookout. The beautiful and playful illustrations were created by Osage artist Joe Don Brave.

“We’re so excited to get these books into the hands of our Osage youth,” said Osage Nation Language Director Braxton Redeagle. “We greatly appreciate all who contributed to keep this story alive throughout the years. We will continue to look for new ways to revitalize the language that has been passed down to us.”

On Friday, September 16, language staff began distributing the books. Students at the Wahzhazhe Early Learning Academies, Daposka Ahnkodapi and Osage Nation Child Care were the first to receive copies. In addition, ONLD will be distributing copies of “Coyote and the Bear'' for free to Osage tribal members during a book reading at the Osage Nation Sesquicentennial Celebration on October 22, 2022. Artist Joe Don Brave will be present to sign copies. Any leftover copies will be available for purchase at the Osage Nation Visitor’s Center.

American Rescue Plan Act funds were used to fund the project for language preservation and maintenance. In addition to the print publication, an app will host a virtual version of the book with plans to develop multiple books. METECS handled the app development and provided Osage Nation Principal Chief Geoffrey Standing Bear a preview of the virtual option during the development.

“Both the print and virtual options are incredible,” said Chief Standing Bear. “This project gives access to Osages around the globe who want to continue improving their Wahzhazhe language skills.”

Users will be able to download the app by searching “Osage Books” on your app store beginning October 22, 2022. To find out more about the Osage Language Department and find language education resources, please visit www.osageculture.com.