Public Welcome and Groundbreaking May 29, 2019

Recently, the Osage Nation announced Dante Halleck as the Managed Assets Director. Halleck commented on the new building, saying, “This is about expanding capabilities for the Osage Nation by developing infrastructure that further supports our culture.”

A formal welcome was conducted by Halleck, along with a traditional prayer by Osage Elder and Traditional Cultural Advisor, Jerry Shaw. Chief Standing Bear attended in support of the different departments involved and to honor to the Grayhorse community. Standing Bear spoke about elders, tradition, and sacredness of the geographical area. “This will be over two times bigger than what we already have here, and that shows how we are expanding,” he announced.

Construction
Boynton-Williams and Associates serve as the Architect. Builder’s Unlimited, Inc. serves as the Construction Company. Boynton-Williams and Associates handle an assorted range of project areas, including education, healthcare, commercial and municipal. Their mission is to connect on a personal level to projects and effectively enhance the quality of life associated with projects. Builder’s Unlimited, Inc. is a 100% Native American owned corporation that prides itself on tribal relationships and safety. The Osage Nation Roads Department is also involved in the project and has plans to install a concrete drive around the buildings and arbor.

The Building
The building will have an increased capacity of 4300 square feet, totaling 8500 square feet for the building. This increase impacts the size of the kitchen, bathroom, and office space. The kitchen will incorporate commercial equipment with a covered cook shack on the west side of the building. There will also be a drive-through awning for unloading during inclement weather.

“The community building will be used for meetings, gatherings, dances, funeral dinners, and individual family holidays and celebrations. It will also be used to accommodate our elders, especially in times when weather conditions do not permit outside celebrations and meals”, commented Leslie Holloway, Grayhorse District Head Cook. 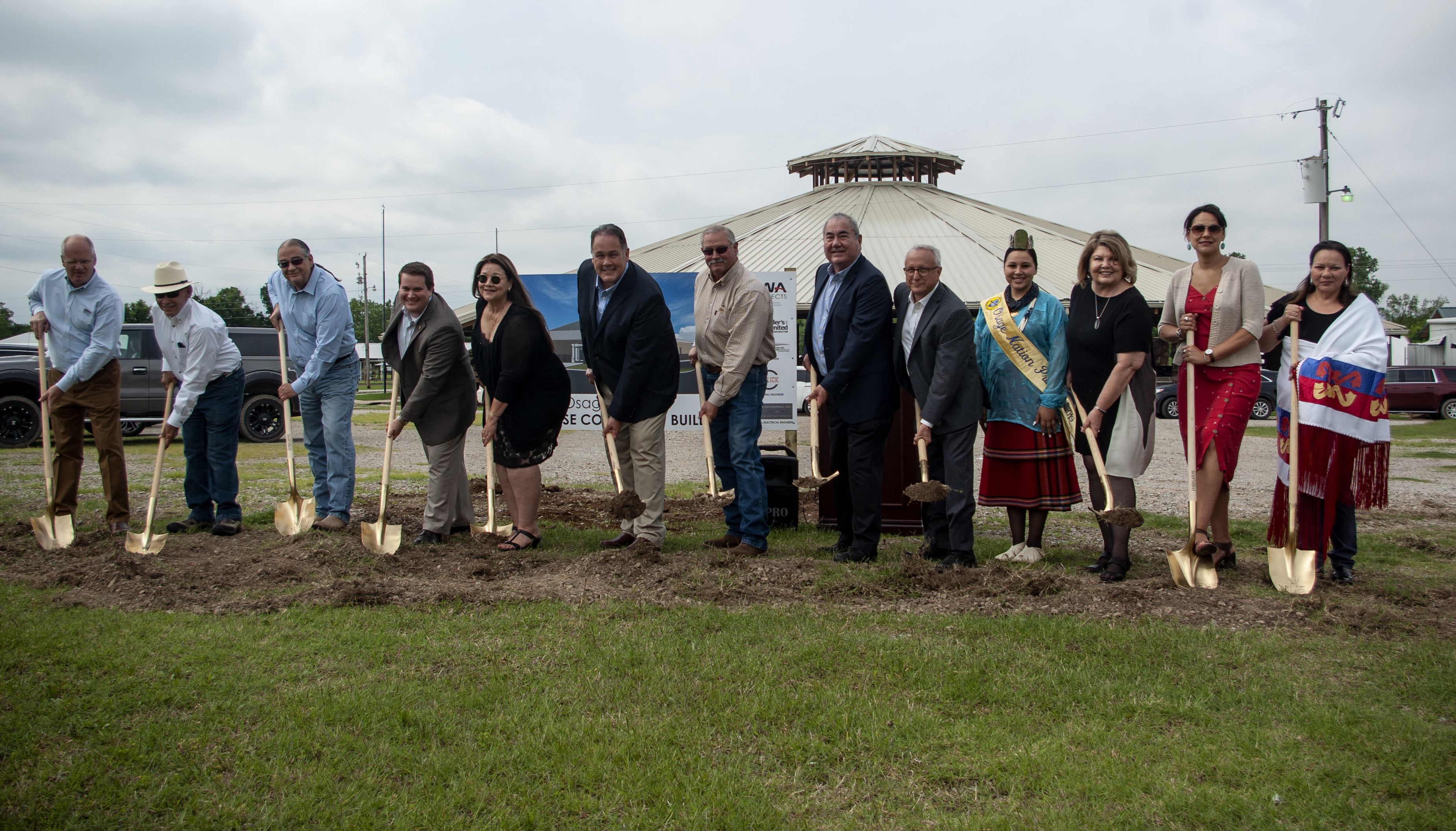