Ranch is 43,000 acres currently used for bison ranching and conservation 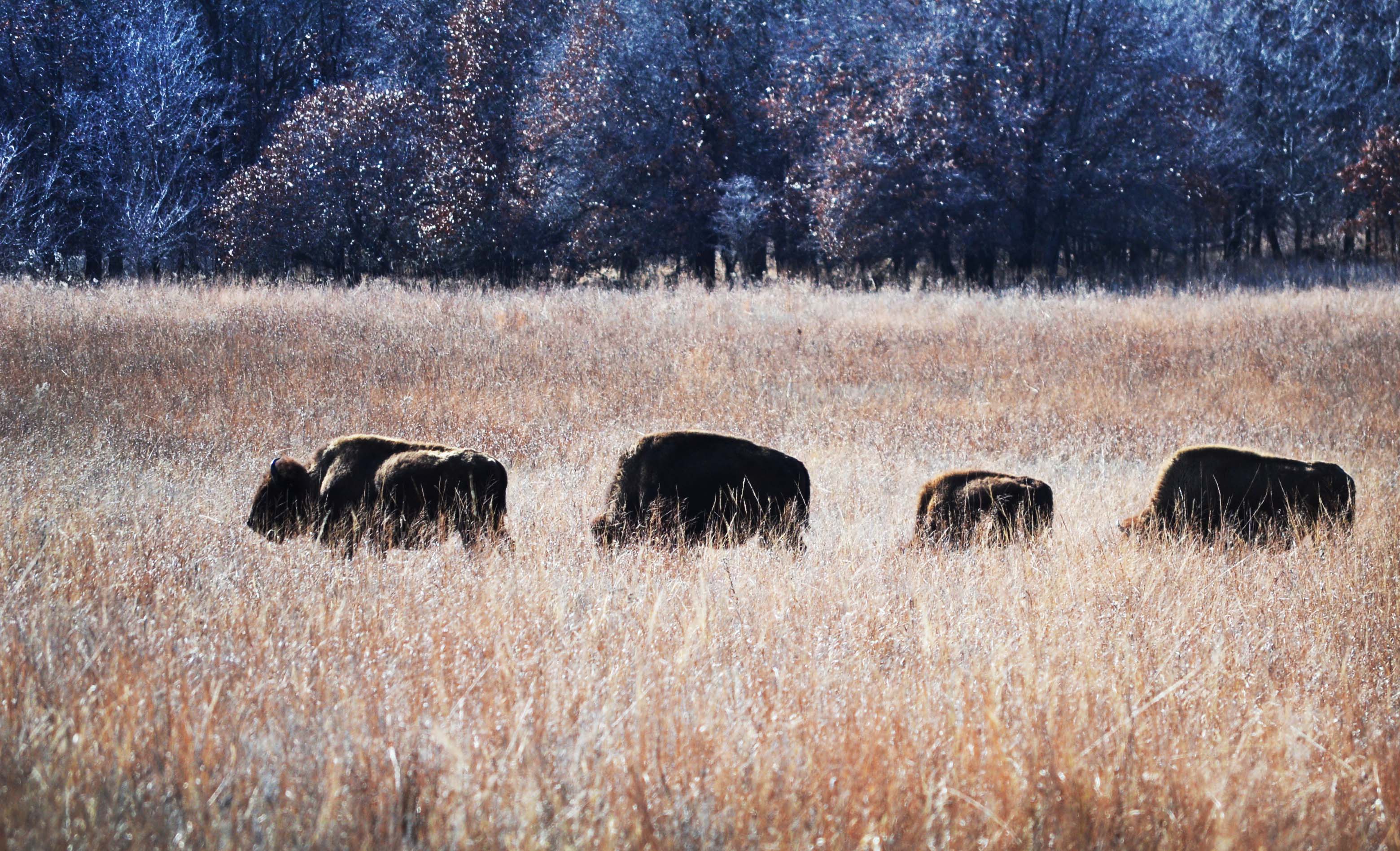 PAWHUSKA, Okla. (January 29, 2016)—The Office of the Chiefs has announced progress towards the purchase of Ted Turner’s 43,000-acre Bluestem Ranch.

“The bidding process for the Bluestem Ranch is completed. The Osage Nation is bound by a confidentiality agreement with the Turner Group through the broker regarding the details of the transaction. Until additional steps are completed, the Executive branch will have no additional comment on the transaction. We are extremely pleased to reverse 200 years of loss of our lands,” said Assistant Principal Chief Raymond Red Corn in an official statement from the Executive Branch.

The purchase was presented to the Fourth Osage Nation Congress last week during the Tenth Special Session. Ten of the twelve members of Congress voted in favor of the purchase. Congresswoman Shannion Edwards voted against the legislation and Congresswoman Alice Buffalohead was absent. To view the enacted legislation, ONCA 16-24, go to www.dropbox.com/s/r982jr0s2l6sx86/ONCA%2016-24%20ENACTED.pdf?dl=0.

On Jan. 21, Osage Nation Principal Chief Geoffrey Standing Bear wrote a letter to Ted Turner on behalf of the Nation about the land. He stated, “These plains are part of the Osage People’s original homelands…At last we have the ability and opportunity to once again own this much land in one place.”

Standing Bear also shared with Turner the devastating effects of land allotment, “Until 1906 we owned nearly 1.5 million-acres in one contiguous parcel of what is now Osage County…we now only own 5 percent of our original land in scattered parcels.”

According to Turner Enterprises, Inc., the ranch “is managed for bison grazing, which has proven to be very conducive to quality wildlife management. Bluestem primary species are whitetail deer, wild turkey, and bobwhite quail. Waterfowl hunting and fishing are also popular.”

Principal Chief Geoffrey Standing Bear and Assistant Principal Chief Raymond Red Corn will provide more updates for the Osage people and the public as continued progress is made.