PAWHUSKA, Okla. (May 6, 2016) – Ten years ago on this day a new document was signed into law changing the form and direction of the Osage government. This morning, Principal Chief Geoffrey Standing Bear signed a proclamation declaring this day, “A day of remembrance of the founding of the Osage Constitution.” A formal announcement was issued to the employees of the Osage Nation and to the other two government branches, the Legislative and Judicial branches.

The Proclamation urges the WahZhaZhe (Osage people) to, “take time to reflect upon the historical experience of the WahZhaZhe and our future hopes so that we may all make significant and lasting contributions to our society.”

The Osage Nation also currently recognizes March 11 as Osage Sovereignty Day because it is the day the Constitution was ratified.

In the book’s introduction, Dennison wrote, “The 2004 to 2006 Osage governmental reform process revealed many of the central topics of national debate in the twenty-first century, especially those surrounding the issues of biology, culture, natural resources, and sovereignty.” 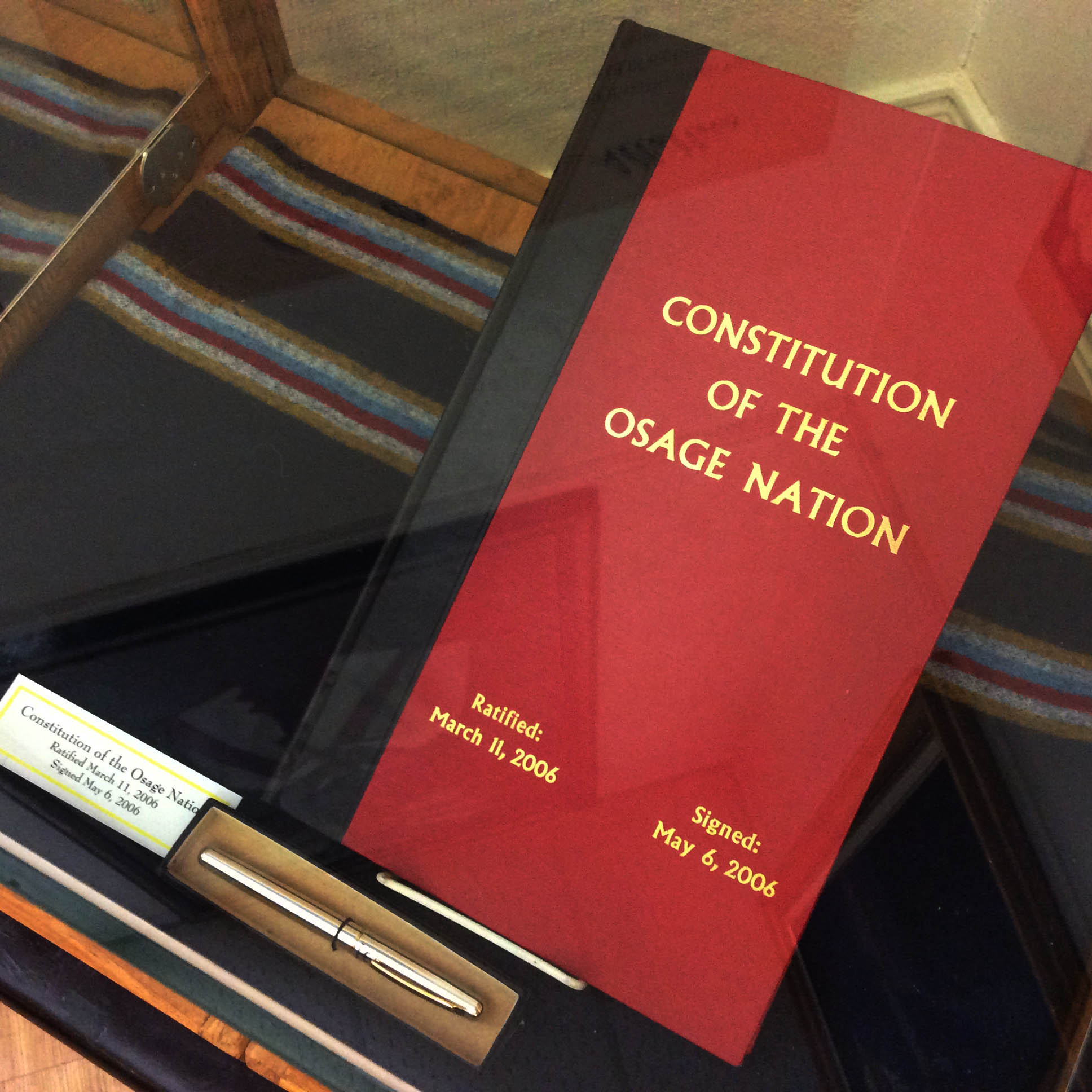 Also at the center of the push toreform the previous form of government was the need to have a one vote per citizen election system. For almost a century, Osage elections for government seats were determined by a shareholder system. The right to vote required an individual to have inherited a fraction of a whole share, and in most cases, inherited from a deceased parent. Today, under the new Osage Constitution every Osage citizen who is enrolled and is 18 years or older has the right to vote in every Osage election.

Leonard Maker, Osage, now deceased, was a long time proponent of the new government and authored the preamble that sets the tone for the purpose of the new constitution. The preamble states, “This Constitution, created by Osage People, hereby grants to every Osage citizen a vote that is equal to all others and forms a government that is accountable to the citizens of the Osage Nation. We, the Osage People, based on centuries of being a People, now strengthen our government in order to preserve and perpetuate a full and abundant Osage way of life that benefits all Osages, living and as yet unborn.”

The original Constitution is located at the Osage Nation Office of the Chiefs in its display case. The original signers of the Constitution were the members of the Osage Government Reform Commission, the 31st Osage Tribal Council, then Assistant Principal Kenny Bighorse, Sr., and then Principal Chief Jim Gray.

The Proclamation in its entirety and more information about the Osage Nation Government is available online at www.osagenation-nsn.gov.