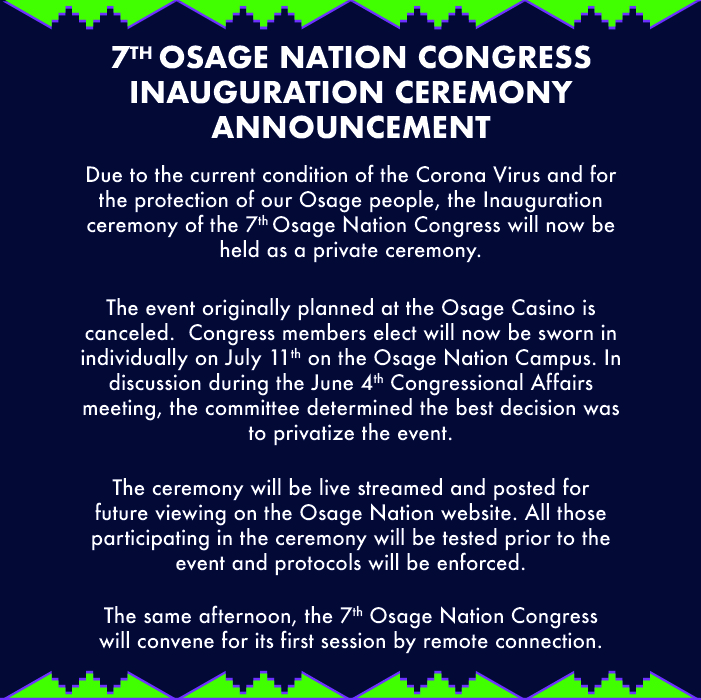 June 25, 2020 - Due to the current condition of the Corona virus and for the protection of our Osage people, the Inauguration ceremony of the 7th Osage Nation Congress will now be held as a private ceremony.
The event originally planned at the Osage Casino is cancelled.  Congress members elect will now be sworn in individually on July 11 on the Osage Nation Campus. In discussion during the June 4th Congressional Affairs meeting, the committee determined the best decision was to privatize the event.
The day will be live streamed and posted for future viewing on the Osage Nation website.   All those participating in the ceremony will be tested prior to the event and protocols will be enforced.


The same afternoon the 7th Osage Nation Congress will convene for its first session by remote connection.