The Traditional Cultural Advisors (TCA) serve as the advisory review board for the Osage Nation Historic Preservation Office (ONHPO). The TCA is comprised of Osage community members respected for their knowledge, understanding, and appreciation Of Osage culture and heritage. Members of the TCA will occasionally be involved in discussions, and asked to make important decisions regarding culturally sensitive materials.

The mission of the TCA is to assist the ONHPO with the preservation, maintenance, and revitalization of Osage culture and traditions. The TCA provides tribal knowledge in an advisory capacity so that the ONHPO can properly focus its preservation activities and perform its duties in the most meaningful way. Through this mission, the TCA assists the ONHPO in meeting the cultural preservation needs voiced by the Osage people to protect and preserve Osage cultural resources. 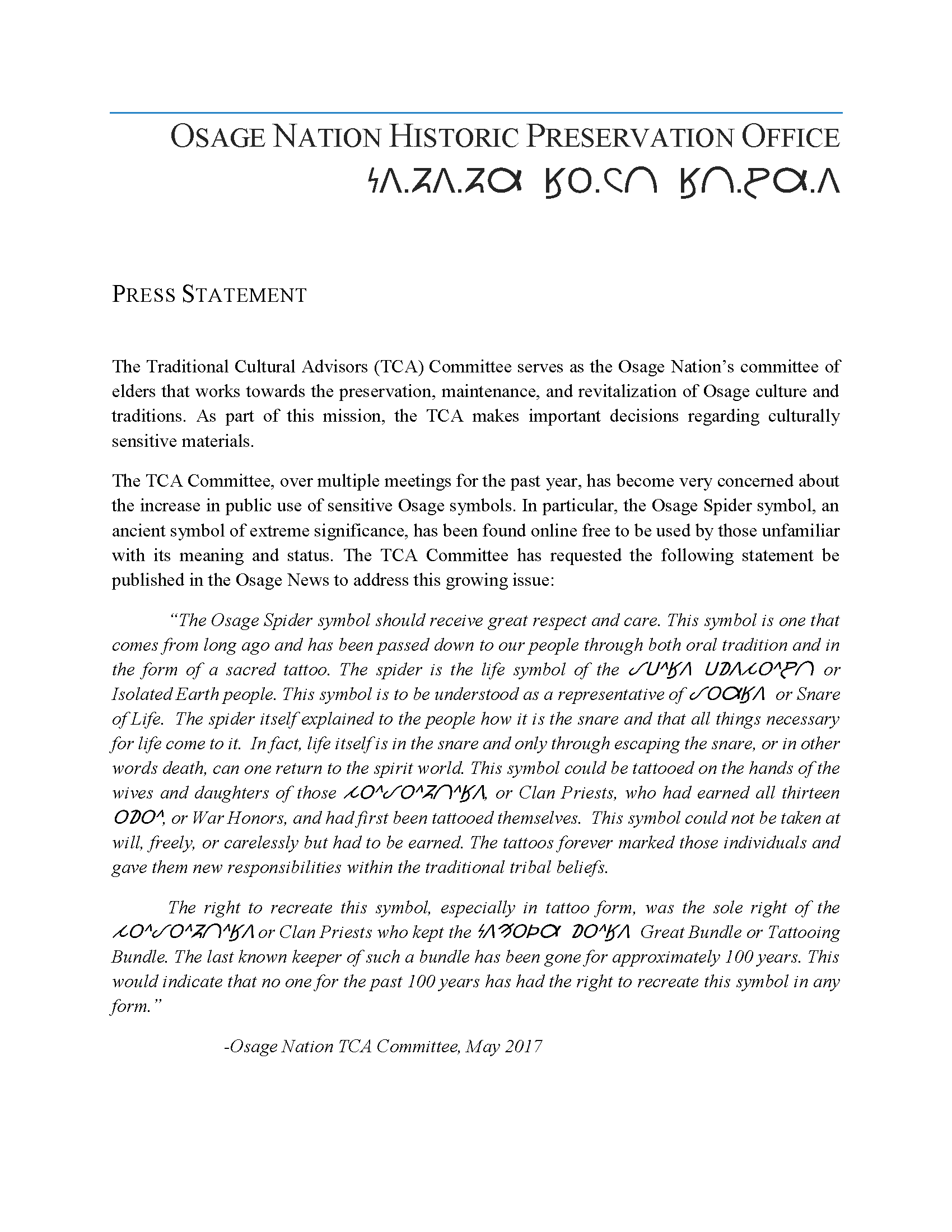