"Our family is thrilled to be donating the Tallchief Mansion to the Osage Nation and we look forward to working with the Nation to create a community space for the Osage," said Elise Paschen, daughter of Maria Tallchief.

Maria and Marjorie Tallchief spent their early years living in the mansion with their parents Alex and Ruth Tallchief before moving to Los Angeles, California to pursue their ballet careers. Maria Tallchief is considered to be America's first prima ballerina and is known for revolutionizing ballet.

"The Osage Nation is proud of the incredible accomplishments made by Maria and Marjorie Tallchief throughout their incomparable ballet careers," said Chief Standing Bear.  "The restoration of the Tallchief Mansion into a community space is a way to honor their legacies, preserve our history, and inspire young people to dream big."

Under the direction of Osage Nation Director of Operations Casey Johnson, Builders Unlimited, Inc. was hired to secure the structure by installing beams and pillars. They repaired mortar and brick slippage that could have resulted in exterior archways collapsing. A roof was repaired that covers an outdoor porch that was once used as a ballet studio. The structure is now fully wrapped and closed off to prevent any additional damage. In addition, Osage Nation Wildland Fire cleared overgrowth in a fuel reduction exercise with plans to conduct a controlled burn of the entire property this fall.

“The Tallchief ‘Mansion’ has been a fixture in Fairfax for as long as I can remember,” said Johnson. “I remember visiting George Tallchief when he lived there right before deploying to Desert Storm in 1990 - we still have pictures from that visit. I believe it is important to save and preserve our heritage, and the Tallchief ballerinas are a famous and joyful part of that heritage. I hope to see it historically restored to its former glory and get it placed on the National Historic Registry.”

Osage Nation Congresswoman Pam Shaw has put forth a $300,000 appropriation from Tribal Funds for architecture and engineering for continued development on this property. Osage Nation Congress will vote on the bill during the 10th Special Session to be held on Saturday, July 24, 2021 beginning at 10 a.m. 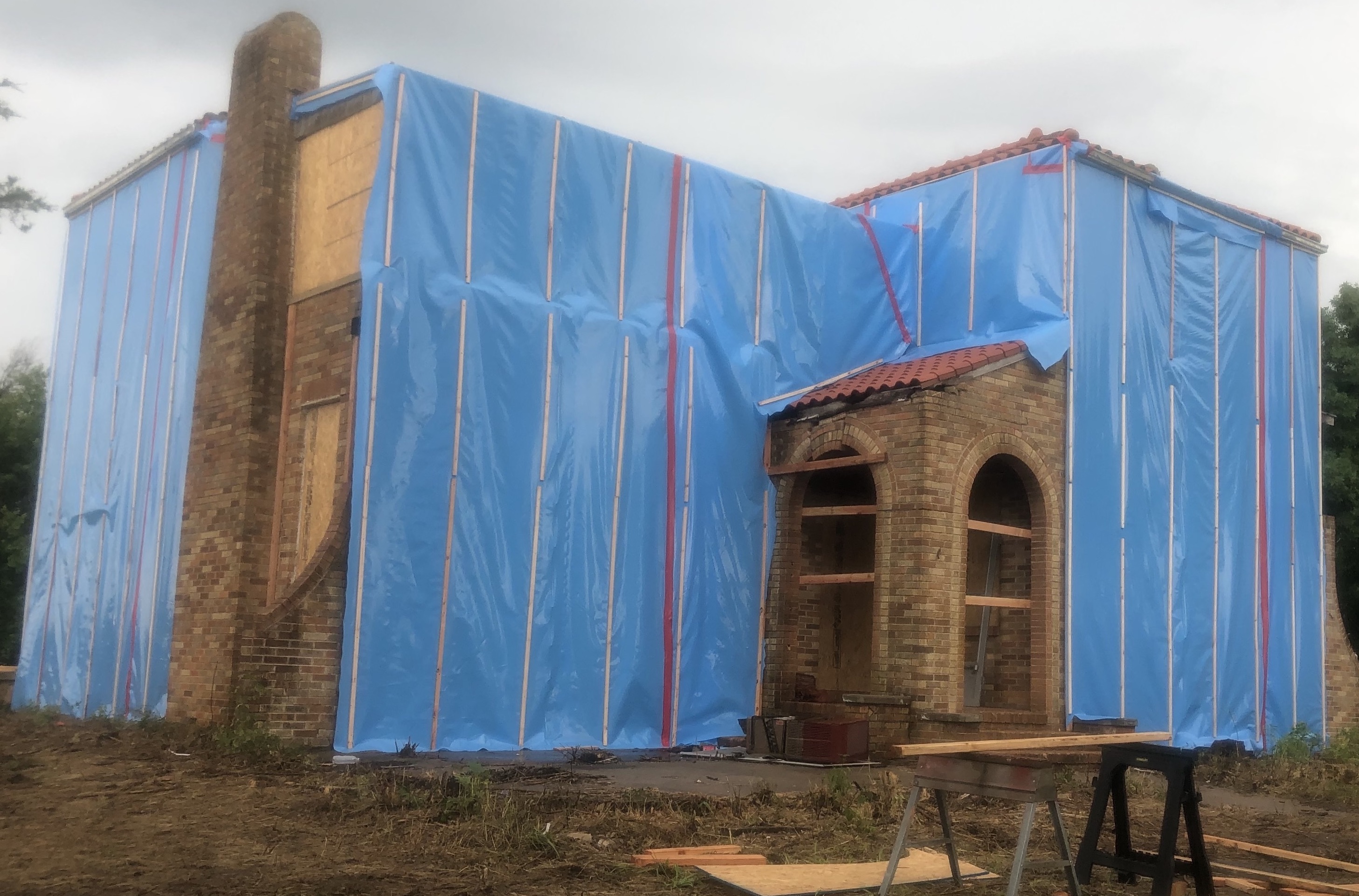