OSAGE RESERVATION, OKLA. – Osage Nation is resolute that the Osage Reservation was never disestablished. The Muscogee (Creek) Nation’s McGirt case ruling, decided by the U.S. Supreme Court in 2020, reinforces that conclusion.
“The Osage Reservation remains intact,” said Osage Nation Principal Chief Geoffrey Standing Bear. “The McGirt case logic plainly applies to all tribal reservations. We look forward to the undoing of the Osage Nation vs. Irby case from 2010 that directly contradicts the Supreme Court’s McGirt decision.”
To further solidify the Osage Reservation existence, Osage Nation Attorney General Clint Patterson filed a brief on June 1, 2021, to the State of Oklahoma Court of Criminal Appeals. The brief states: The Osage Nation has a fundamental interest in this case because its reservation boundaries affect its self-governance, its jurisdiction over crimes committed by Indian offenders, and its ability to ensure the safety and wellbeing of its citizens. Osage Nation and its citizens have occupied this Reservation – which the Nation acquired with its own funds – for the past 150 years. The brief concludes: There is no statute whereby Congress disestablished the Osage Nation Reservation that it created in 1872. 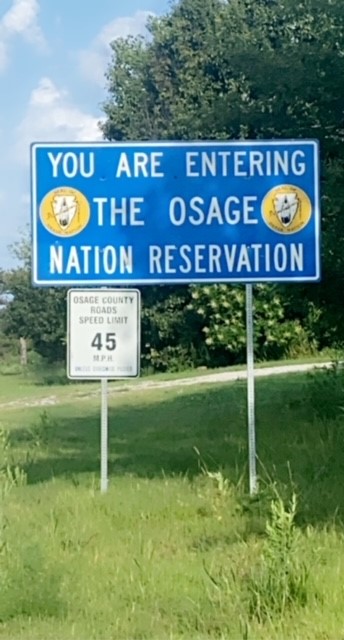